Benefits of Mergers and Acquisitions 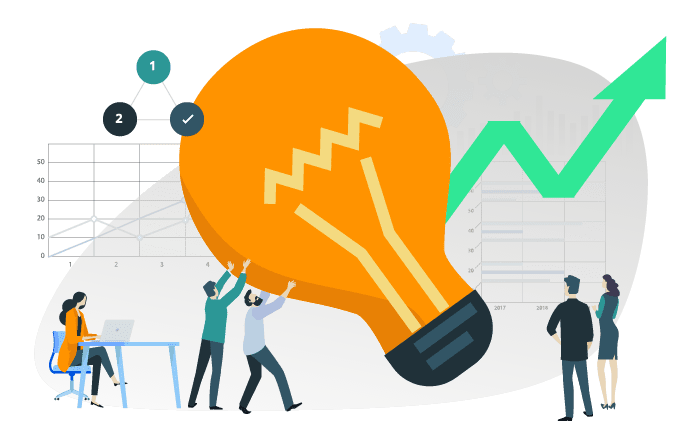 Starting a new business is often easier than growing it. Mergers and acquisitions (M & M&A) afford entrepreneurs one of the best ways to grow their companies and explain why many successful companies have people dedicated to seeking beneficial acquisition opportunities.

Related: The Difference Between Mergers and Acquisitions.

Many companies achieve economies of scale by combining with other firms that produce similar services and products or are in the same line of operation. By streamlining and integrating support functions, combining locations, and reducing operating costs, they increase production volume, lower the cost of production, and maximize profits.

For example, H. J. Heinz and Kraft Foods merged in 2015. The newly formed Kraft Heinz Company became the fifth-largest food and beverage company worldwide and the third-largest in the US. With this $100 billion merger, several household food brands like Philadelphia, Capri Sun, and Heinz® Tomato Ketchup came under one roof.

When the production of one product reduces the cost of producing another related item, this is economy of scope in action. Companies can achieve it cost-effectively by manufacturing a wider variety of goods in tandem, rather than producing a smaller variety or each product independently.

Organic growth cannot always attain economies of scope. However, M&A strategies bring them to companies. For example, Facebook tapped into the demand of a much larger client base and benefited from economies of scope by acquiring WhatsApp and Instagram.

In M&A, synergy refers to the combined value and performance of two companies being more significant than the sum of the separate parts, meaning that one plus one will equal three.

For example, Disney acquired Lucasfilm. Lucasfilm was already a leader in entertainment, innovation, and technology, and it had a substantial portfolio of cutting-edge entertainment technologies. Its Star Wars franchise generated a considerable profit. Disney enhanced its value by adding theme park rides, toys, and merchandise.

M&A gives companies opportunities to retain and integrate highly skilled talent from other companies. The company’s increase in size and stature after restructuring also attracts the best talent in the market.

For example, when Facebook discovered that younger users preferred Instagram and WhatsApp and moved away from its social media platform, the organization opted for the acquisition strategy to diversify the risk to other revenue streams.

When the survival of companies becomes challenging, combining their strength is the best option. For example, many banks opted for the merger strategy to protect themselves from the “Great Recession” of 2008 to 2011.

In an all-stock deal valued at $50 billion, Bank of America bought Merrill Lynch. The announcement surprisingly came just a week after the worst weekend on Wall Street. Merrill Lynch was under immense pressure to find a stable merger partner after its liquidity “evaporated,” and its share price plummeted. With the merger, the bank hoped to rid itself of its toxic assets and improve its business.

Another benefit M&A offers is the opportunity to widen the range of services and products. A significant difference between a successful company and a struggling company is diversification. It provides a competitive edge to the parent organization over other companies working in the same product line.

Sometimes, companies merely add products to their existing portfolio to benefit their customers. For example, HP acquired EDS (Electronic Data Systems Corporation) in 2008 for approximately $13.9 billion with a clear motive to include new, service-oriented features in its technology offerings.

Entering a new market and building a company from the ground up takes a lot of time, effort, and cost. Companies use M&A to convert this long-term strategy into a mid-term plan. By acquiring a company in a new market, the parent organization benefits from its research and development, client base, brand value, etc., in a much shorter timeframe.

In 2007, AT&T, one of the biggest telecommunication giants worldwide, acquired Atlanta, Georgia-based BellSouth (BLS) in a $67 billion deal. As a result of the acquisition, AT&T regained a foothold in the southeastern United States and a local customer base of 70 million people, which helped it strengthen its hold over the industry it had lost in the 1984 antitrust breakup.

As a rule of thumb, larger companies handle competition better than smaller companies due to economies of scale, low cost per unit, greater reach, a more extensive pool of highly skilled staff, greater bargaining capabilities, and much more. Today’s cut-throat competition means companies can barely survive the latest innovations without M&A strategies. They target companies with a robust presence in a new market to expand their footprints or acquire technological innovations.

When two companies operating in the same market niche and providing similar services or products consolidate, they strengthen their unified position in the market and gain better returns. Organizations intending to merge look for companies with attractive brand portfolios.

Consolidation helps them grow in stature and size and allows them to enjoy one of the essential advantages of higher-level competition.

Most companies aim to increase market share with M&A strategies. History has witnessed retail banks achieving larger market shares by expanding their geographical footprint. As a result, there has been a high level of industry consolidation in retail banking.

For example, the Spanish retail bank, Santander, has an active policy of acquiring smaller banks, which has helped it become one of the largest retail banks in the world.

Merging with an established company or acquiring a good, established firm is usually cheaper than building new production, storage, and distribution facilities.

Anheuser-Busch InBev and SABMiller, the two largest brewers in the world, merged in 2016 in a $104.3 billion deal. The deal gave Anheuser-Busch InBev a considerable boost in developing countries and continents like China, South America, and Africa, where SABMiller had a more substantial presence.

When target companies are in a country or industry with a favorable tax regime, acquisition can incur tax benefits for the parent organization. An excellent example is US pharmaceutical companies looking to merge with smaller Irish companies and relocating to Ireland to benefit from the lower tax burden there.

For instance, Pfizer and Allergan were in talks about a tax inversion merger deal worth $160 billion. It would have allowed New York-based Pfizer to cut its tax bill by approximately $1 billion per year by moving its headquarters to the low tax region of Ireland. However, both companies backed out of the deal when the US government changed treasury rules to curb such agreements.

Some governments offer tax cuts to companies completing M&A deals. Opening a business or merging with an existing company in Singapore can bring substantial tax benefits to parent companies.

M&A deals also offer tax benefits such as tax-loss carry-forward. If one of the consolidating companies had net losses previously, the other firm could offset those losses against its profits. Thus, the combined entity gets considerable benefits. However, this kind of arrangement is beneficial only when the financial predictions of the acquiring company indicate solid operational gains in the future.

Successful M&A brings growth for all the companies involved. By pooling the incomes of the combined businesses, the entity gains more financial power. The combined business occupies a larger market share, reduces competition, and enhances influence over the customers.

The growth in size and clout puts the parent company or combined organization in a position where it can access equity and debt financing not possible previously.

Being one of the largest corporations in the world, Apple could successfully sell approximately $17 billion worth of bonds in 2013, even though it already had large capital reserves. A smaller company would not succeed if it tried to sell bonds at such a large scale.

Benefit from Helping a Distressed Company

Sometimes best deals happen when companies do not actively pursue acquisition but seek to be acquired. When organizations acquire smaller firms intending to revive them, they purchase the distressed companies at prices far less than the fair market value of that company’s net assets. The parent companies benefit by adding immediate value after the restructuring and keeping the target company afloat.

For mergers and acquisitions strategies to succeed, the consolidating companies need compatible cultures to effect a perfect combination of union and individuality to retain an established market share. Depending on the terms of restructuring and the type of companies agreeing to consolidate, M&A could offer additional benefits, too.