Difference Between Mergers and Acquisitions 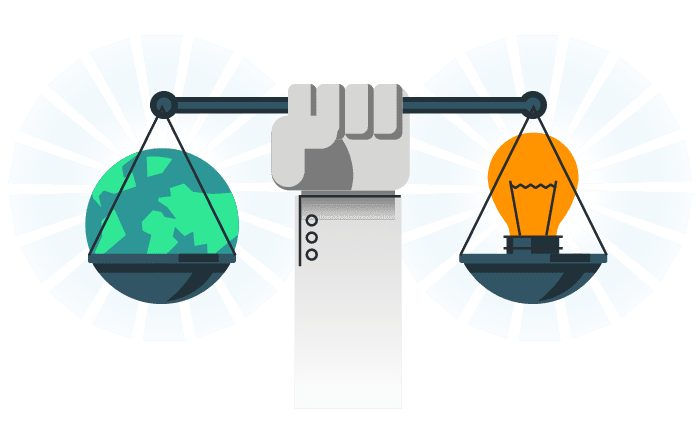 People often use the terms mergers and acquisitions interchangeably. Both refer to popular corporate restructuring strategies further confused by the modern corporate transaction called a Merger and Acquisition (M&A) deal instead of a merger or an acquisition, leading to the erosion of the differences between the two.

Even though both mergers and acquisitions aim to achieve better synergies within companies and increase the organization’s efficiency and competence, each of these corporate restructuring strategies has specific applications.

Knowing the factors that differentiate between mergers and acquisitions helps one make informed company restructuring decisions. These factors include:

A merger is a process that occurs when two or more companies of similar size and scope combine forces and create a new organization. The new corporate entity believes that the combined companies can improve performance and synergies and gain a competitive advantage.

The merged companies consolidate into a new entity with a new name, new ownership, and a new management structure, usually comprised of members from each firm. The CEOs of the consolidating companies foresee mutual benefits in this corporate restructuring strategy and agree to relinquish some individual authority to realize these advantages.

The terms of a merger are friendly as the directors, employees, and other key people in the firms involved are aware and in agreement with this corporate strategy.

Exxon Corp. and Mobil Corp., the top two oil producers, respectively, in the industry, merged in 1999 after obtaining approval from the Federal Trade Commission. The FTC demanded an extensive restructuring of the combined organization under the name Exxon Mobil Corp. and asked that over 2,400 gas stations across the United States be sold in this largest retail divestiture in the FTC’s history.

An acquisition occurs when a financially strong company acquires a firm smaller in scope and size, usually within the same general industry. The acquiring company aims to create shareholder value by expanding its customer reach or by gaining market share. Sometimes a smaller company approaches a larger, stronger one and proposes the acquisition.

Reasons for acquisition vary. The acquiring company may purchase a supplier’s firm to increase production and lower per-unit costs to improve economies of scale. A financially strong company might also seek to increase its market share, reduce costs, and expand into new product lines by adopting the acquisition strategy. Sometimes companies engage in acquisitions to obtain the target company’s technology to save years of capital investment costs and research and development.

An acquisition transaction does not always happen on friendly terms. At times, the financially strong or acquiring company forces the decision on another company to accomplish its goals, such as gaining new markets, expanding its customer base, reducing competition in the industry, etc.

The acquisition transaction might not go through smoothly. Usually, the acquiring company takes over all decisions for the target company concerning staffing, structure, resources, etc., which creates a sense of uneasiness among its employees.

An acquisition transaction, also called a takeover, carries a negative connotation. Most companies prefer calling corporate restructuring a merger to facilitate a smooth transition, even when it is a takeover or acquisition.

AT&T Inc. completed its acquisition of Time Warner Inc. in June 2018. However, the US government intervened to block the deal, and the case went to court. Finally, an appeals court cleared AT&T’s takeover of Time Warner Inc in February 2019. AT&T Inc. expected the combined entity to realize cost savings of $1.5 billion and revenue synergies of $1 billion within three years of closing the $42.5 billion acquisition.

In reality, merger transactions happen less frequently than acquisition transactions. Due to the negative perception of takeovers, contemporary corporate restructuring methods blend both terms and use them in conjunction with one another to call it an M&A deal.

Two pharmaceutical companies, Glaxo Wellcome and SmithKline Beecham, merged in 2000 to create the largest pharmaceutical company in the world with a market capitalization of $186.65 billion and a global market share estimated at 7.3%. The two firms described the new entity, GlaxoSmithKline, as a merger of equals, even though the shareholders of Glaxo Wellcome owned 58.75% of the consolidated company.

Suppose a larger company purchases a majority stake that is less than 100 percent in the form of shares of the target company. In that case, its balance sheet will show the minority interest in the liabilities section.

Amazon acquired American supermarket chain Whole Foods Inc. for $13.7 billion in 2017. The target company continues to operate in its original name, and the original CEOs, John Mackey and Walter Robb run it. However, the parent company Amazon controls all its operations.

The most common corporate restructuring strategies–mergers and acquisitions–differ on several significant points:

Be it a merger or an acquisition, the critical point for business owners to consider is the smooth integration of companies. In many cases, the firms combine on paper, but in reality, face immense hurdles conducting joint operations.

Challenges arise from differences in the corporate cultures, diverse management opinions, or conflicting procedures and processes, which adversely affect the consolidation goals. Often management fails to combine the companies and eliminate what does not work.

The consolidating companies must conduct thorough due diligence before the transaction, discover the key strengths and weaknesses, and have a well-defined plan to facilitate smooth integration and restructuring.